This was a follow up to Fallen, a nice little fantasy story about angels and demons. Sort of similar to the Immortal Instruments.

Amazon Summary:
This sequel to Fallen (Delacorte, 2009) continues they complex tale as Luce tries to uncover the truth and break the cycle of falling in love, dying young, and being reincarnated. Daniel, her lover through the ages and a fallen angel, institutes a truce with Demons to protect her from the Outcasts, who would do her harm. For her safety, Daniel hides her at a boarding school for the Nephilim, children of human and fallen angels, and cautions her to remain on campus and learn all she can. Unfortunately a little knowledge can be dangerous and Luce’s naive attempts to manipulate her powers constantly put her and others in danger. Some of the rescues employ a deus ex machina as is the case when Arriane inexplicably arrives in Vegas and saves the day. At times the story plods along, with a full chapter devoted to a fencing lesson. Daniel regularly returns to check on Luce and there’s lots of swooning, passionate kissing, and playing at being in love, though it often ends with bickering. Interest is piqued with the hint of a love triangle, and the suspense is ratcheted up in the heart-pounding final battle scene. In the end, readers won’t be much closer to unraveling Luce’s mystery and will need to stay tuned for the next installment. It’s unlikely this title will garner new fans for the series, but those already hooked on the epic romance won’t want to miss it 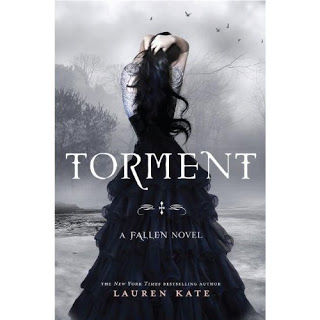