Here was a nice, easy read that has lots of unrequited love and fantasy all mixed in.
I’m a little torn because although I found myself thinking about this book when I was not reading it, I also was not entirely in love with the book. It captured me, but didn’t grip me.

I think it was because I just felt the main characters were too young. I wished it would be have been centered around turning 18 instead of 16. They just felt too young for me to truly believe their devoted love. Does that betray my age/cynicism? 🙂

I did like the fact that the main narrator was a guy and not a girl. That’s pretty unusual in YA books, and I enjoyed reading from the guy’s perspective for a change.

in the series comes out in October and I’m planning on reading that one too. I’m thinking the series may evolve and at least the characters won’t be jail-bate. 😉

Summary: Ethan Wate is struggling to hide his apathy for his high school “in” crowd in small town Gatlin, South Carolina, until he meets the determinedly “out” Lena Duchannes, the girl of his dreams (literally–she has been in his nightmares for months). What follows is a smart, modern fantasy–a tale of star-crossed lovers and a dark, dangerous secret. Beautiful Creatures is a delicious southern Gothic that charms you from the first page, drawing you into a dark world of magic and mystery until you emerge gasping and blinking, wondering what happened to the last few hours (and how many more you’re willing to give up). To tell too much of the plot would spoil the thrill of discovery, and believe me, you will want to uncover the secrets of this richly imagined dark fantasy on your own 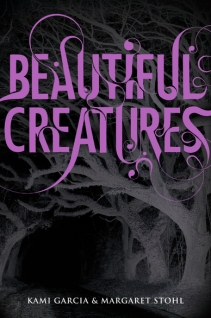